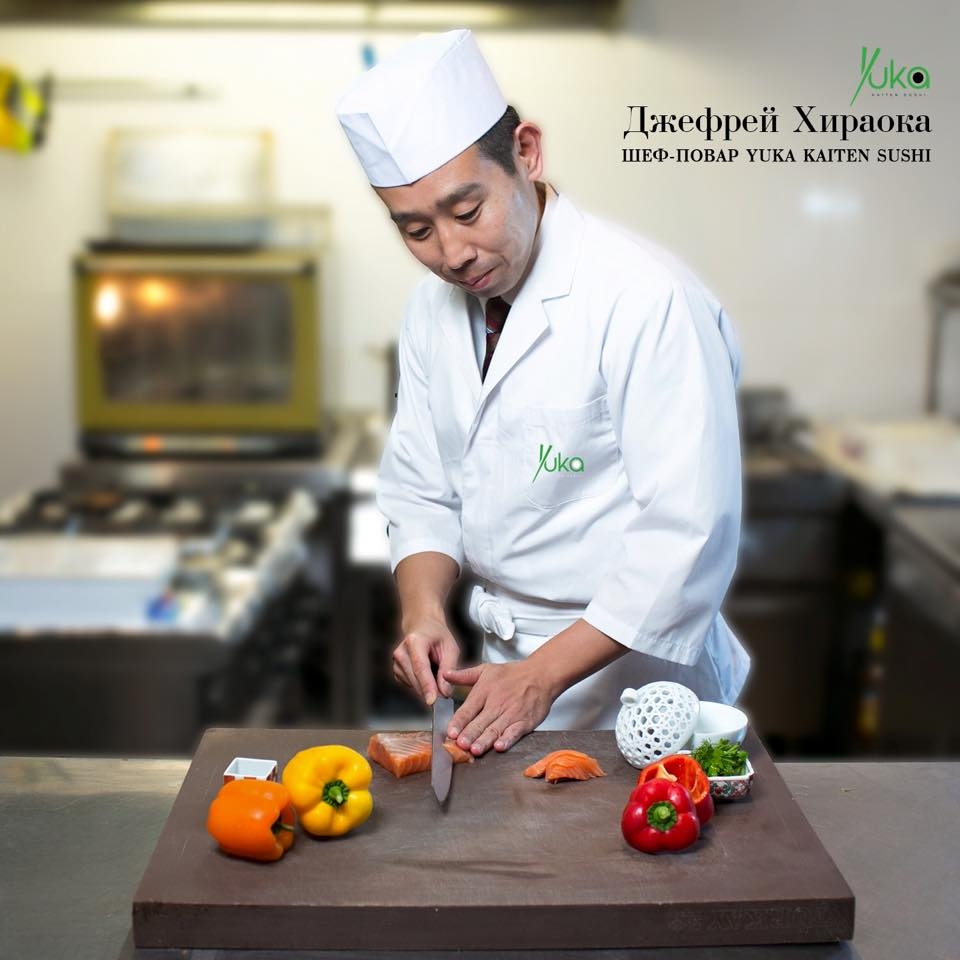 Jeffrey Hiraoka was born in Saitama, Japan. When he was just seven years old, his father died in a traffic accident and he and his two older brothers were raised by his mother. After graduating from high school, he worked at the restaurant Matsue Sushi in Shinjuku, Tokyo for seven years, and was invited by a regular customer who was a Peruvian entrepreneur of Japanese descent to open a Japanese restaurant in Peru.
Jeffrey Hiraoka In 1973 at age 24, he moved to Peru (Lima) and opened a restaurant with the same name of Matsuei in partnership with his sponsor.

Jeffrey Hiraoka was unable to find many of the ingredients he took for granted in Japan and had to improvise, and it was here that he developed his unique style of cuisine that incorporated Peruvian ingredients into Japanese dishes.